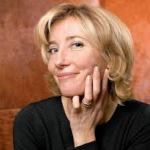 If you’ve had a chance to wander the side pages of this blog, you’ll see that I like to cast the characters. Does this mean I wonder/worry if I might take something away from the reader by providing an image like this? I hope not. On the same token, the characters for the NaNo stories (well, most all of the projects I write) are and aren’t those I base them on.

For example, in looking back at the casting list for the five NaNos and two Camp NaNo’s, there are some I’ve cast more than once. Here are four of the ‘multi-cast.’

Sam Waterston (Crossing Seasons’ Jacob Knoll; Quietus: Quintets Demise: Cary Joyce ‘Royce’ Roberts; Extended Exposure: Stuart “LB” Jefferies)  He and Stockard Channing  have been in at least four projects together and their chemistry seems like that of longtime friends/married couple. The fact they’ve played spouses at least twice was a slight influence on how Jacob and Deborah’s story came to be.

His protective, no-nonsense stance just has the first-born impression, making him perfect for the eldest of the Roberts clan. Imagining him interpreting the Jimmy Stewart role from Rear Window was the inkling behind the third character. Aside from the fact that family comes first, there aren’t many similarities between the three.

Alan Rickman has helped inspire two characters  (Call Me, Al: Thomas Alven Sydney; Escorting in Twilight: Atkinson Thafi/Allen Yomin). Very little in common between the characters – different pursuits, foundations, etc. The risks they face are mild on one hand, major on the other. The first knows he wants to adopt the kids and create a new family; the second is torn as to who he is, who he was and who he is meant to be. (And there’s still a slight chance his story may require two or three books.)

Emma Thompson has been cast twice, too –  (Call Me, Al: Amelia Livingston; Escorting in Twilight: Jalem Vitalma) Like SW/SC, she and Alan Rickman have been in a number of different films together. Both women are strong, independent and don’t hesitate to speak their minds. Of course, Amelia has  her children she’ll put first and protect at all cost. Jalem’s quiet nature as healer and stealth quality as fighter allows her to be mediator and best friend to two important people in her life. In sharing a favorite Adele song (Set Fire to the Rain) with a friend and telling them how I thought it fit Jalem perfectly, my friend was taken back in not seeing such a ‘brutish nature’ in Jalem.

David Strathairn is the most recent of doubly-cast (Quietus: Quintets Demise: Dale Evan ‘Danny’ Roberts; Sights on the Storm: Vincent Russell) It was a photo glanced at via Google that inspired the ‘what if’ in family relations for Quietus. As for the character of Vincent – single father trying to keep his daughter on the right path, it was the little things seen in three separate films (his use of sign language) that sparked the creation.

This year’s story has no repeat casting (only one ‘recasting). Just a chance to spin out one character from one story and setting the stage for the telling of another.

How do you envision your stories?

Almost there! Keep it up!