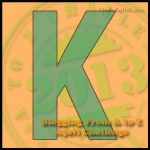 Wellone saw Atkinson’s seizure from the corner of his eye as he rummaged through the knapsack.

Colina drew out her knife as she got between him and the still-sleeping man. “What did you do to him?”

Wellone ignored her as he reached for a fist-sized rock from the fire with one hand and the small leather pouch around Allen’s neck with the other. He shoved the rock under Allen’s back, just above the waist. “Push him down,” Wellone said as he moved to get his own knapsack. “Push his hip down and hold him, fast.”

Colina shook her head. “You want me to burn him? Are you-?”

“Do it,” he bit the inside of his cheek, realizing how much he sounded like his Aunt Schilon just then. “The heat helps minimize the pain he’s going through.”

After a while, his krov-cousin’s hand went limp and his arched back relaxed. “It’s happening faster than I thought it would,” Wellone said after he uttered ‘thanks’ to her. “Question is will it get worse?”

Colina sat back. “This isn’t my fault.”

Wellone snorted. “Of course not. Your running from whatever you don’t feel like facing is only going to set Atkin and the others up to pay for your pathetic decision.”

“I didn’t want Professor Allen to accompany me!”

“Your wants versus the needs of safety – you lost. The way it stands now, I can only imagine how ugly things will get for Atkinson when he returns.”

Wellone held the handful of altered huskberries in one hand, the discovered vena flechette and arbor needle mixture in the other. “I know what my krov- cousin’s name is. He left here with the given name of Atkinson.”

“I thought I heard ‘Atkin’. That’s about all I could make sense of in whatever language you two were whispering.”

Wellone shook his head. “If you paid attention to your languages teacher, maybe you would have picked up a familiar phrase or two, too. Then again, I gather there wasn’t much you thought worth learning from him or anyone else in, what is that place….The Learning Hall?”

Colina returned both hands to her knife. “What else do you know?”

“Besides him all my life? Everything Atkinson learned,” Wellone said, making the self- remedies disappear. He removed his krov- stone necklace; watched Colina reveal the same from around her professor’s neck. “The bond we have can’t be put in your words because your people lack the warmth and understand of such things. Then again, of the various languages I’ve heard and learned, yours is the worst sounding of them all.”

Before Colina could cast a spell, Wellone secured her knife with one hand while effortlessly casting a sleeping spell with the other.

“You worried about the company I kept, Atkin,” he said. “When you wake, tell me again why you guys think she’s the hope for any of us.”